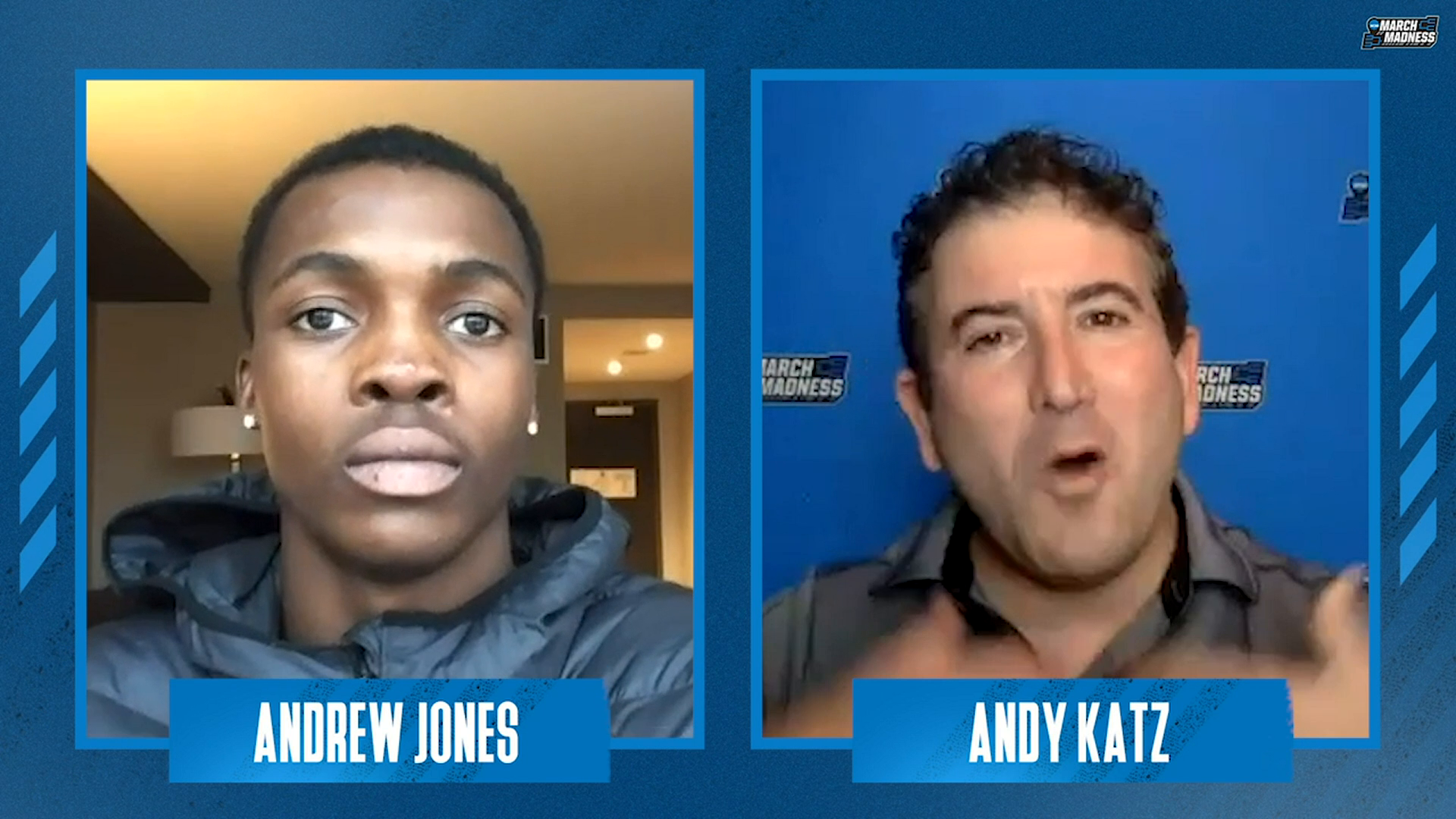 Andrew Jones hits clutch shot for No. 4 Texas on anniversary of cancer diagnosis

The fourth-ranked Texas Longhorns escaped No. 14?West Virginia 72-70 thanks to a clutch?3-pointer from Andrew Jones with 1.1 seconds remaining on Saturday. Jones' game-winning triple capped off a 7-0 Texas run over the final 1:28.

It was the Longhorns' first lead of the second half. They trailed by as many as nine points, but were able to chip away down the stretch as West Virginia's offense struggled.

Jones finished with 16 points, three rebounds and one assist. He was one of five Longhorns that scored in double figures.?

In January of 2018, @DrewdotCash was diagnosed with leukemia.

According to ESPN, Saturday?was the three-year anniversary of? Jones'?leukemia diagnosis.

"I use it as my motivation," Jones told NCAA.com's Andy Katz after the game. "As a reason to why I wake up everyday, why I want to come out here and play this game. Without God, and without me being able to fight through that, I wouldn't be here where I am today."

"I'm just appreciative of every opportunity I'm able to get. I'll continue to work hard, just so I can become the guy that I want to be."?

Texas, ranked fourth in the AP poll and 10th in the latest NET rankings, is now 9-1 this season. Its 3-0 conference record now includes road wins over then-No. 3 Kansas and No. 14 West Virginia.

Brenden Welper is a graduate of DePaul University. His work has appeared on FanSided and ChicagoTribune.com. You can follow him on Twitter at @BrendenWelper.

The views on this page do not necessarily reflect the views of the NCAA or its member institutions.

Here are the Big 12 softball teams that can compete with Oklahoma for the conference crown.
READ MORE

The Big 12 could be on the verge of having its best showing since 2017. Here's how the conference's baseball teams stack up.
READ MORE

Latest on this historic season

Everything you need to know about March Madness

Enter your information to receive emails about offers, promotions from NCAA.com and our partners

See how March Madness looked the year you were born